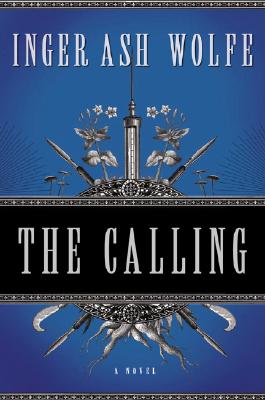 There were thirteen crime-scene pictures. Dead faces set in grimaces and shouts. Faces howling, whistling, moaning, crying, hissing. Hazel pinned them to the wall and stood back. It was a silent opera of ghosts.

Detective Inspector Hazel Micallef has lived all her days in the small town of Port Dundas and is now making her way toward retirement with something less than grace. Hobbled by a bad back and a dependence on painkillers, and feeling blindsided by divorce after nearly four decades of marriage, sixty-one-year-old Hazel has only the constructive criticism of her old goat of a mother and her own sharp tongue to buoy her. But when a terminally ill Port Dundas woman is gruesomely murdered in her own home, Hazel and her understaffed department must spring to life. And as one terminally ill victim after another is found--their bodies drained of blood, their mouths sculpted into strange shapes--Hazel finds herself tracking a truly terrifying serial killer across the country while everything she was barely holding together begins to spin out of control. Through the cacophony of her bickering staff, her unsupportive superiors, a clamoring press, the town's rumor mill, and her own nagging doubts, Hazel can sense the dead trying to call out. But what secret do they have to share? And will she hear it before it's too late? In The Calling, Inger Ash Wolfe brings a compelling new voice and an irresistible new heroine to the mystery world.