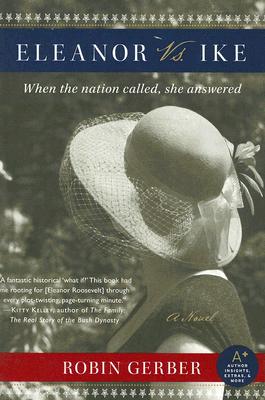 Eleanor vs. Ike: A Novel

It is a time of turmoil, with the nation mired in an unpopular war in Korea and with Senator Joseph McCarthy stirring up fear of a lurking Communist "menace." Racial discrimination is rampant. A woman's place is in the home. And when a shocking act of God eliminates the Democratic presidential nominee, the party throws its support to an unlikely standard bearer: former First Lady and goodwill ambassador to the world Eleanor Roosevelt.

Captivating and fast-paced, Eleanor vs. Ike pits the unforgettable Eleanor against the enormously popular war hero Gen. Dwight David ("Ike") Eisenhower. But while the opponents promise "an honest campaign," their strategists mire the race in scandal and bitter innuendo. Suddenly Eleanor finds herself a target of powerful insiders who mean to destroy her good name--and Ku Klux Klan assassins dedicated to her death--as she gets caught up in a mad whirl of appearances and political maneuvering . . . and a chance encounter with a precocious five-year-old named Hillary Rodham.

Title: Eleanor vs. Ike: A Novel

Eleanor vs. Ike: A Novel