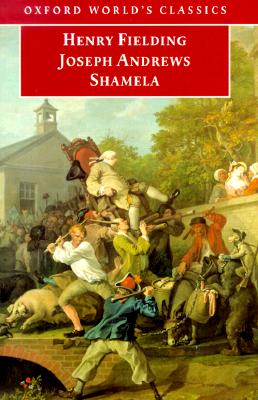 Henry Fielding wrote both Joseph Andrews (1742) and Shamela (1741) in response to Samuel Richardson's book Pamela (1740), of which Shamela is a splendidly bawdy travesty. Joseph Andrews begins as a parody, too, but soon outgrows its origins, and its deepest roots lie in Cervantes and Marivaux. In both stories, Fielding demonstrates his concern for the corruption of contemporary society, politics, religion, morality, and taste.
This revised and expanded edition follows the text of Joseph Andrews established by Martin C. Battestin for the definitive Wesleyan Edition of Fielding's works. The text of Shamela is based on the first edition, and two substantial appendices reprint the preliminary matter from the second edition of Richardson's Pamela and Conyers Middleton's Life of Cicero, which is also closely parodied in Shamela. This Oxford World's Classics edition also features a new introduction by Thomas Keymer which situates Fielding's works in their critical and historical contexts.