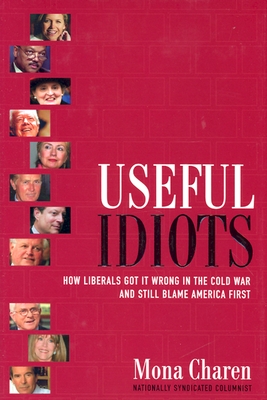 Useful Idiots: How Liberals Got It Wrong in the Cold War and Still Blame America First

Who's on the wrong side of history? Liberals, argues Mona Charen in this New York Times bestseller. And they've been on the wrong side for far too long. A former speechwriter for the Reagan White House, Charen describes how the left has continually attempted to rewrite history, all the while refusing to learn from it. She fearlessly calls out the prominent liberal media figures, professors, and opinion makers who flocked to Castro's Cuba and called it paradise, visited the Soviet Union and proclaimed its glorious future, and who, only a generation ago, proclaimed communism to be a "force of good" in the world. She won't let them get away with their snide disdain for America when the lessons of the past should have humbled them long ago. From D.C. elites Madeleine Albreight, Bill Clinton, John Kerry, and Ted Kennedy, to Hollywood celebs like Woody Allen and Jane Fonda, to academic snobs like Noam Chomsky and Susan Sontag, Charen's devastating critique of the left's philosophical incompetence is a must-read for Americans on both sides of the aisle.

Title: Useful Idiots: How Liberals Got It Wrong in the Cold War and Still Blame America First

Useful Idiots: How Liberals Got It Wrong in the Cold War and Still Blame America First