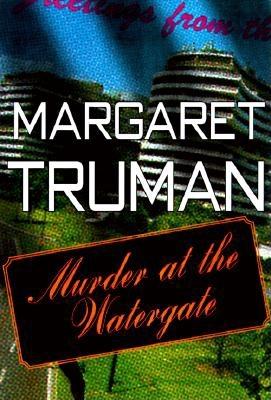 Murder at the Watergate: A Novel

The Watergate is synonymous with Washington wealth, power, and plots. Add Mexican drug lords out to kill a future U.S. president and Murder at the Watergate is Margaret Truman's most potent, headline-topping novel yet.

Mac and Annabel Smith, D.C.'s popular crime solving couple, buy an apartment in the prestigious Watergate complex to simplify their lives. But with next-door neighbors like the Democratic campaign headquarters for Vice President Joseph Aprile, plus a satellite office of the Mexican embassy and the lavish ballrooms of the Watergate Hotel, their lives are anything but simplified; the couple ends up immersed in the hard truths of "soft" money, Mexican influence peddling -- and murder.

With colorful characters like Chris Potamos, Aprile's ambitious young campaign finance director, and Elfie Dorrance, a powerful Washington hostess with connections in all the right places, this is a timely tale of political ploys, power plays, and ambition. It is set against Washington's famous Watergate complex, as well as the moneyed mountains of San Miguel de Allende.

Title: Murder at the Watergate: A Novel

Murder at the Watergate: A Novel