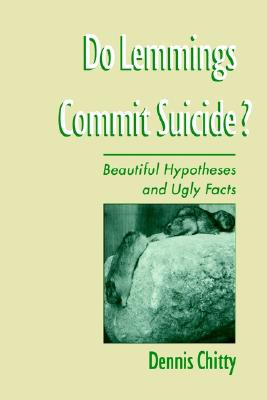 In 1929, a group of scientists, including the author, working at the Bureau of Animal Population, Oxford University, began "the pursuit of the ecological Holy Grail," a scientific endeavor devoted to the search for the secret mechanisms behind biological life cycles as they occur in many animal populations. The results are presented here, in an account of science, not as it should be, but as it really is. Unlike nearly all science books which tell of successful ventures and satisfactory conclusions, this book reveals the harsher story of a scientific question left unanswered. Written by one of this century's most distinguished small mammal ecologists, it is both a personal history of and an apology for a life in science spent on research for which no final dramatic closure was reached. Included along the way are important anecdotes and history about Charles Elton and his pioneering work, from which much of modern population has grown, and insights on the philosophy and practice of science. Whether readers have an interest in population cycles, life sciences, or the history and philosophy of science, they will walk away with the inspiring notion that a life in science without a Nobel Prize is still well worth living.