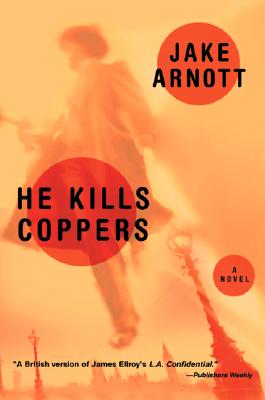 August 1966--the long hot summer of World Cup victory euphoria is abruptly shattered when three policemen are gunned down in a West London street. The bewilderingly senseless crime shocks a nation seemingly at ease with itself, and brings an end to the celebrations. It also marks a beginning for three men who have never met--and yet their fates are bound up with the event and its lasting consequences. Frank Taylor: an ambitious detective conflicted by career and conscience as he is drawn into the vice of corruption. Tony Meehan: a gutter-press journalist with a nose for nasty stories, scandals, and exposes as a cover for his own dark secrets. Billy Porter: a disaffected petty thief, haunted by a violent past, pushed over the edge to commit the ultimate crime.
Like Mario Puzo and James Ellroy before him, Jake Arnott finds in the private realities of marginalized, desperate people a longing for redemption that transforms their discontent into the forces and truths that propel all our lives.