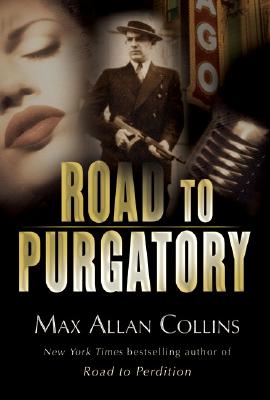 It's 1942, and -- from the Atlantic to the Pacific -- the world is torn apart. Ten years earlier Michael O'Sullivan accompanied his gangster father on the road, fleeing from the mobsters who killed his mother and young brother. After an idyllic upbringing by loving adoptive parents in a small Midwestern town, Michael is now deep in the jungles of Bataan, carrying a tommy gun like his father's, fighting the Japanese. When brutal combat unearths deep-buried feelings of violence and revenge, Michael returns to the homefront a battle-scarred veteran of twenty-two, ready to pick up his old war against the Chicago Mob.

Suddenly, Michael "Satariano" must become one of the enemy, working his way quickly up to the trusted side of Frank Nitti, Al Capone's heir, putting himself -- and his soul -- in harm's way. Leaving behind his heartbroken childhood sweetheart, the war hero enters a limbo of crime and corruption -- his only allies: Eliot Ness, seeking one last hurrah as a gangbuster, and a lovely nightclub singer playing her own dangerous game. Even as Michael embraces his father's memory to battle the Mob from within -- leaving bodies andbroken lives in his wake -- he finds himself sucked into the very way of life he abhors.

In a parallel tale set in 1922, Michael O'Sullivan, Sr., chief enforcer for Irish godfather John Looney, is about to become a father. The bidding of Looney -- and the misdeeds of the ganglord's crazed son Connor -- put the happy O'Sullivan home at risk. Both Michaels reach a crossroads of violence and compromise as two tales converge into the purgatory of good men trapped in bad lives.