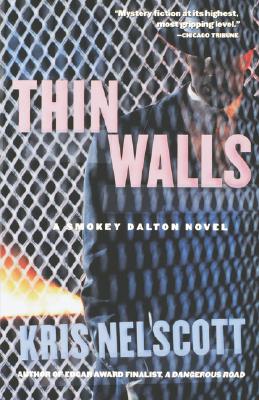 I hear you help people find things.
So begins the latest case for Smokey Dalton, Kris Nelscott's enigmatic African-American p.i. But when Mrs. Alice Foster comes to the door of his small apartment, she's not missing a pet, or even a loved one: She wants Smokey to find her husband's killer. Three weeks ago, Louis Foster was found propped up against a tree in a city park, stabbed once through the heart. The cops have given up, and Smokey isn't surprised: It's 1968, and the Chicago PD cops who responded to the scene have clearly written off the death of this black man as a mugging gone wrong, or something equally unimportant. Case closed.
Not for Smokey. He starts at the beginning, enlisting the reluctant help of a photojournalist who took pictures at the scene. Then, going back through newspaper archives, looking for patterns, clues, wild theories-anything that will help him figure out why a middle-class black man would be found dead in a public park miles from home-Smokey learns something startling. Louis Foster doesn't look to be the first.
Amid trying to protect his adopted ten-year-old son, who's being hassled at school by some older gang members, Smokey, the photojournalist, and two renegade cops who risk their careers to help him, set off on the hunt for a killer.
Nelscott's Edgar Award-nominated A Dangerous Road, which introduced Smokey Dalton and told the story of the days leading up to Martin Luther King, Jr.'s assassination in Memphis, launched an atmospheric crime series set during one of the most turbulent times of our recent past. Now, in this third installment, she delivers a gripping thriller about one man struggling to build a life in this divided city the only way he knows how, and the men who would kill to stop him.