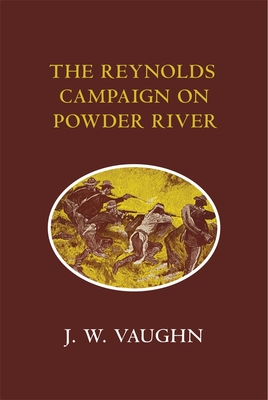 The Reynolds Campaign on Powder River

On March 17, 1876, against the backdrop of the frenzied gold rush to the Black Hills, Colonel Joseph J. Reynolds led a now obscure attack on a Cheyenne Indian village. Although it was considered a military failure and lacked the renown of the Rosebud and the Little Bighorn battles, the engagement marked the decision of the U.S. government to force a final showdown with the Indians.

The author scoured the battlefield with a metal detector and examined the thousand pages of testimony in the court-martial proceedings that followed the retreat. He has reconstructed the battle in detail and placed the campaign in perspective as the immediate cause of the Indian Wars that followed. In presenting the point of view of both soldiers and Indians, he has ascertained the facts surrounding this misunderstood engagement.

The Reynolds Campaign on Powder River