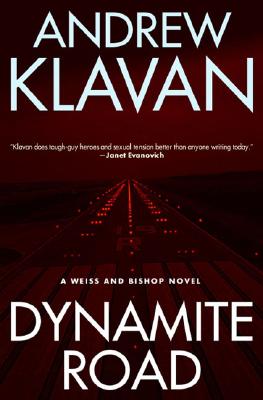 Jim Bishop is a hard man, as cold as the wind off the water and tough to the point of brutality. Scott Weiss is Bishop's boss, a world-weary ex-cop who runs a private detective agency out of a concrete tower in the heart of San Francisco. In this powerfully original series debut by award-winning and bestselling author Andrew Klavan, Weiss sends Bishop to investigate corruption at a Northern California airport-and so sets events in motion that will lead both men on a desperate hunt for a master assassin.
Bishop's assignment is to investigate the airport and report back to Weiss. But Bishop prefers to make up the rules as he goes along. He's willing to beat any man into the ground and draw any woman into his bed in order to get the answers he's after. A pilot himself, he takes to the air to check out the illegal flights of a thug names Chris Wannamaker. Then he coolly seduces Wannamaker's lonely wife in order to find out more.
Back in the city, as Weiss struggles to rein Bishop in, he begins a connected investigation of his own. A death in a mansion in Presidio Heights, a seemingly random murder South of Market, an apparent suicide off the Golden Gate Bridge, all seem to bear the mark of Weiss' old nemesis, an expert gun-for-hire who goes by the name of the Shadowman. It's a trail of blood, and each step of it seems to bring Weiss closer to Julie Wyant, a mysterious beauty who captures the imagination of every man she meets.
Soon Bishop has found his way into the center of a massive criminal conspiracy, a plan set to climax with an act of audacious violence and a murder that would be impossible for any killer but one. And with his operative's wife in danger, Weiss begins a race against time to outsmart the murderer who stalks his nightmares and to rescue the woman who haunts his dream.
If you like your tough guys really tough, your femme fatale and your action explosive-welcome to "Dynamite Road."