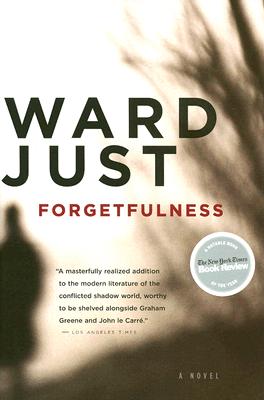 "Just's a master at blending the personal and political. Forgetfulness gets at the heart of terrorism and revenge."--USA Today

Thomas Railles, an American expatriate and former "odd-jobber" for the CIA, is a successful painter living with his beloved wife, Florette, in a small village in the Pyrenees. On an ordinary autumn day, Florette goes for a walk in the hills and is killed by unknown assailants. Was her death simply a case of being in the wrong place at the wrong time, or was it somehow connected to Thomas's work with the CIA? When French officials detain four Moroccan terrorists and charge them with Florette's murder, Thomas is invited by his boyhood friend (and former agency handler) Bernhard to witness the interrogation. Thomas's search for answers in this shadow world will lead him to a confrontation that will change him forever.