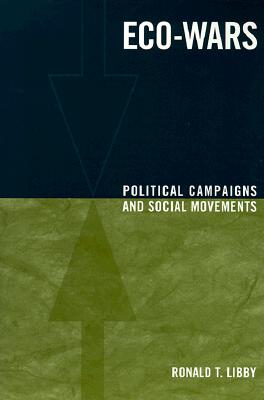 Can grassroots interest groups ever win the wars they wage in the political arena against big business in America? Praised by some as a crucial component of the democratic system and criticized by others as stubborn, single-issue factions that pose a threat to the equitable progress of political change, interest groups are considered by many detractors to have a success rate directly related to their alliance with wealthy, powerful corporations. As Ronald T. Libby asserts in Eco-Wars, viable strategies are available to environmental, food safety, animal rights, gun control, and other organizations that seek to challenge business interests in the political arena. Employing newly released documents culled from five non-business-related alliances with mostly social concerns, known today as "expressive" interest groups, Libby examines how they confront powerful industries. Eco-Wars investigates an antibiotechnology campaign aimed at drug companies; an animal rights effort directed against the agricultural industry; an anti-pesticide campaign focused on the chemical industry; a property rights fight against environmental groups; and a secondhand smoke campaign opposing tobacco companies. Drawing upon previously classified files, Eco-Wars also draws from interviews with both activists and the industry representatives they oppose.With his balanced analysis, Libby goes beyond the polemical nature of much work on this subject, offering a new avenue for research in the social sciences and a useful tool for interest groups.