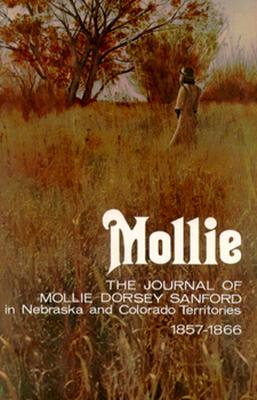 "Mollie" is a vivid, high-spirited, and intensely feminine account of city people homesteading in the raw, new land west of the Missouri. More particularly, it is the story of Mollie herself--just turned eighteen when the Dorseys left Indianapolis for Nebraska Territory--of her reaction to the transplanting and such vicissitudes as rattlesnakes, blizzards, Indians, and the hardships of pioneer life.

After her marriage to Byron Sanford, a romantic young blacksmith from New York State, Mollie's life took a new turn. Catching "Pike's Peak Fever," the Sanfords crossed the plains to Colorado and the gold diggings. In mining camps and later, after the outbreak of the Civil War, in forts and army posts, Mollie's strength and endurance were tried to the uttermost, but she reports her trials and tribulations with the same gaiety, courage, and common sense which she displayed in living through them.