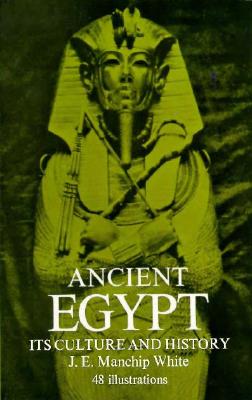 Ancient Egypt: Its Culture and History

For 30 centuries, before Greece's glory or Rome's grandeur came into being, mankind played out a drama along the banks of the Nile which for sheer splendor, mighty works, and significance to civilization, is unique. The lure of Egyptology is as old as the Pyramids themselves; what is new is the modern work done in the field. Few books make so up-to-date and thorough a survey of what is known, in a form suited for the general reader, as this fine work, first published as recently as 1952, and now with a new Introduction for this edition by the author.
Central to all facts about ancient Egypt is the Nile; this is where the author starts us in our understanding of the civilization. With a vivid picture of the land, cut off by deserts on all sides, but watered and sheltered like a 675-mile oasis, we see how the culture sprang up; how it produced the astonishing figure of the Pharaoh, half-god, half-king, yet living, loving, mortal man; we learn all that modern scholarship has discovered about him. Closely allied to the Pharaoh were the priests and the state officials, form the Vizier to the Chancellor to such lesser officials as the Director of the King's Dress; the facts about their interrelationships, roles, and modes of life make for the most interesting kind of reading here. Not surprisingly, architects and craftsmen played a highly important part in what was, despite its pomp and magnificence, an eminently practical culture; and White gives us a fine account of their methods and meaning to the life of Egypt. A complete chapter is devoted to the commoner, the peasant, the man who brought food for all from the soil along the river and on whose labor all of Egypt's achievements were built.
One of the most valuable portions of this book is its historical section. In three chapters we are given, in vivid capsule form, the entire history of ancient Egypt from prehistoric times to the end of the dynasties. A fold-out chart enables the reader to relate the various periods quickly. Maps of the ancient region are provided; and for this edition an expanded, updated bibliography has been compiled.

Ancient Egypt: Its Culture and History