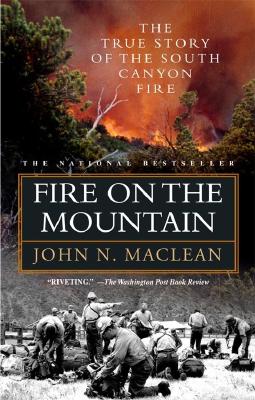 Fire on the Mountain: The True Story of the South Canyon Fire

On August 5, 1949, a crew of fifteen of the United States Forest Service's elite airborne firefighters, the Smokejumpers, stepped into the sky above a remote forest fire in the Montana wilderness. Two hours after their jump, all but three of these men were dead or mortally burned. Haunted by these deaths for forty years, Norman Maclean puts back together the scattered pieces of the Mann Gulch tragedy. "Young Men and Fire" won the National Book Critics Circle Award in 1992. "A magnificent drama of writing, a tragedy that pays tribute to the dead and offers rescue to the living.... Macle... View more info

A nice clean and tight book with very minimal wear to the outer cover. Inside pages are clean, binding is tight. Ships same or next day. View more info

The Fate of the Forest: Developers, Destroyers and Defenders of the Amazon